Sexual Violence: how to prevent it and what to do about it

Sexual violence is an umbrella term referring to a spectrum of sexual offences, including:

In Alberta, 45% of the population has experienced some form of sexual violence during their lifetime. (photo below from aasas.ca/research)

However, the majority of sexual violence incidents are not reported to police.

Over half of the population in Alberta personally know and/or have supported someone that has experienced sexual violence.

If someone you know has been impacted by sexual violence:

All Bow Valley Community members have a role to play with regards to prevention of sexual violence. Whether you happen to see someone being harassed in public or notice someone putting something in someone’s drink – be an engaged bystander – or upstander. We firmly believe that the victim is never to blame, and the perpetrator is completely responsible for their actions. As a community member, you can do your part in prevention by learning how to recognize sexual violence and victim blaming behaviours and  by standing up to these attitudes and actions. Learning how to stand up to violence is a skill that we teach in our engaged bystander intervention trainings. To learn more, check out our website or call the YWCA Banff at 403-762-3560 ext. 1.

There are many resources in our community that survivors of sexual violence, or those who are supporting them (family, friends and co-workers), can access. One service is the Harmony Project – Sexual Violence Response Program at the YWCA Banff.  This service is available by calling the 24-hour crisis line 403-760-3200. The YWCA provides supportive counselling services for survivors and their friends and family. We can help with understanding trauma and its effects, discuss reporting options, system navigation, provide emotional support and help connect you with the resources that may help in your healing process. 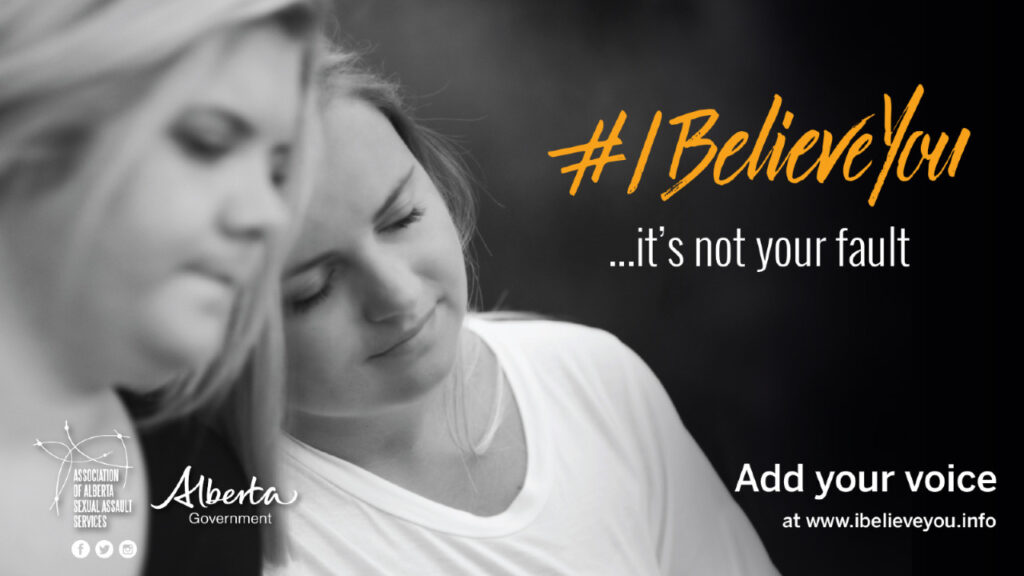